PDN PhotoPlus is more like a event to me with a massive array of stuff to learn from and many photog’s both pro’s and beginners, its a great place to join in on the fun that comes every year to broaden your knowledge on multimedia production and stills. There are some free stuff giving away as well, but mostly it’s a place to learn new creative things to add to what you already know weather that be your own style photographing or photo-manipulation they are all good. From the last time I bin there, the show was great and better than I have expected.

Well today I got a email for the registration for all people get the early prices until August 11th 2014. Yes I may have to attend this one this year since I missed the last one, this is a great even for all people serious and very interested in photog. 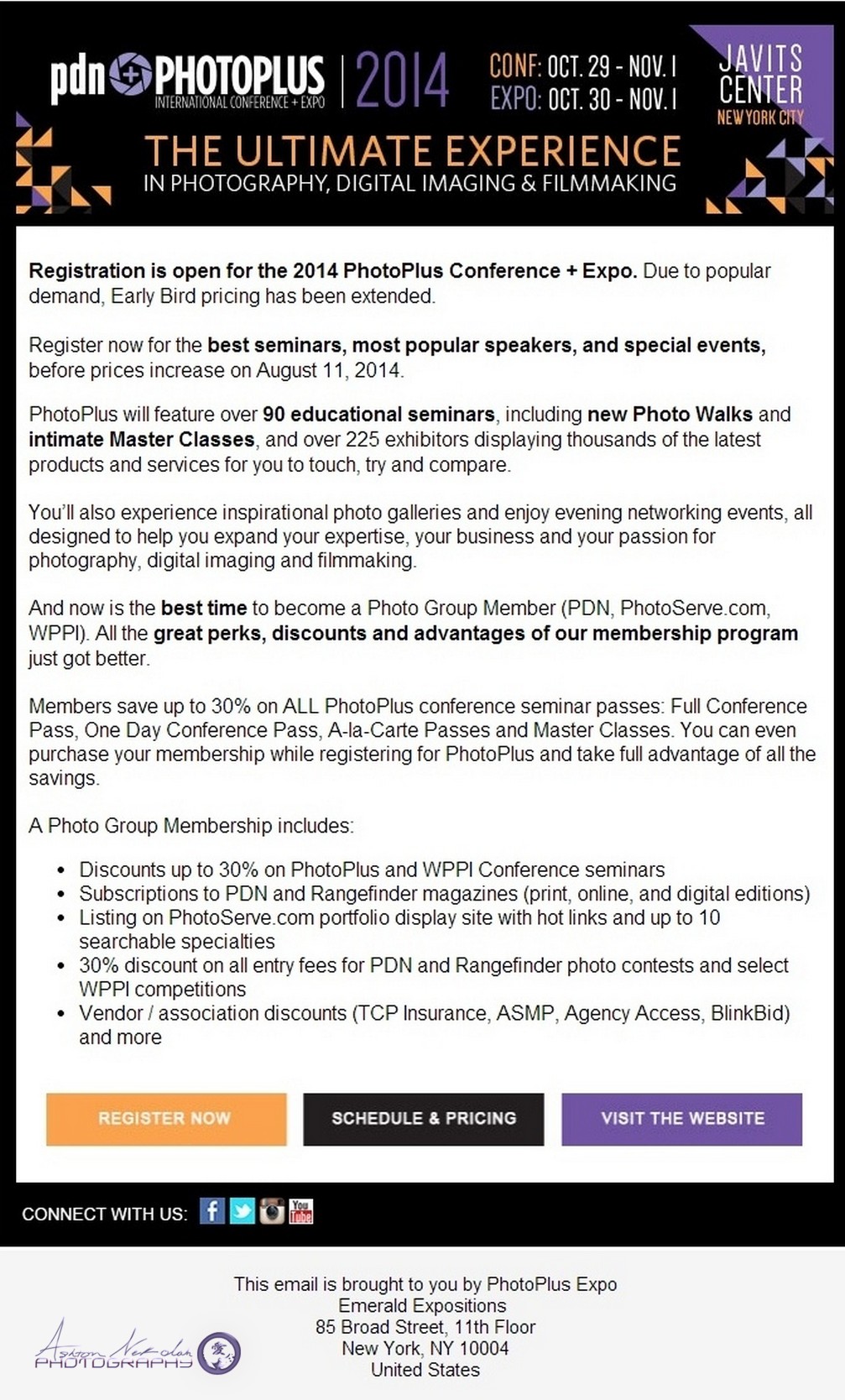 Originally named New York Photo District News, PDN was founded by Carl Pugh, who was working as a photographer’s assistant and sought more freelance work. He inquired as to the best way to advertise his services and was told to post a note on the community bulletin boards found at local businesses frequented by professional photographers. This sparked the idea to create a newsletter for the loose-knit community of professional photographers who populated the inexpensive loft spaces along lower Fifth Avenue (the “Photo District”).
The first issue (May 1980) cost $800 to print and carried $2,000 in advertising, yielding a tidy profit. It was distributed free in stores in the Photo District. PDN was an instant success. In time professional photographers, coming to Manhattan on assignment from elsewhere in the country picked up a copy and requested a subscription (initially $6 per year), which, in turn, was seen by other photographers back home. In this manner, PDN quickly grew into a national publication.
In 1983, PDN launched Photo Expo, a trade show for the same market, which remains the leading US show for pro shooters (since renamed PHOTOPLUS). Pugh sold PDN and the show to Adweek in 1984.
PDN is owned by Emerald Expositions and headquartered in New York.